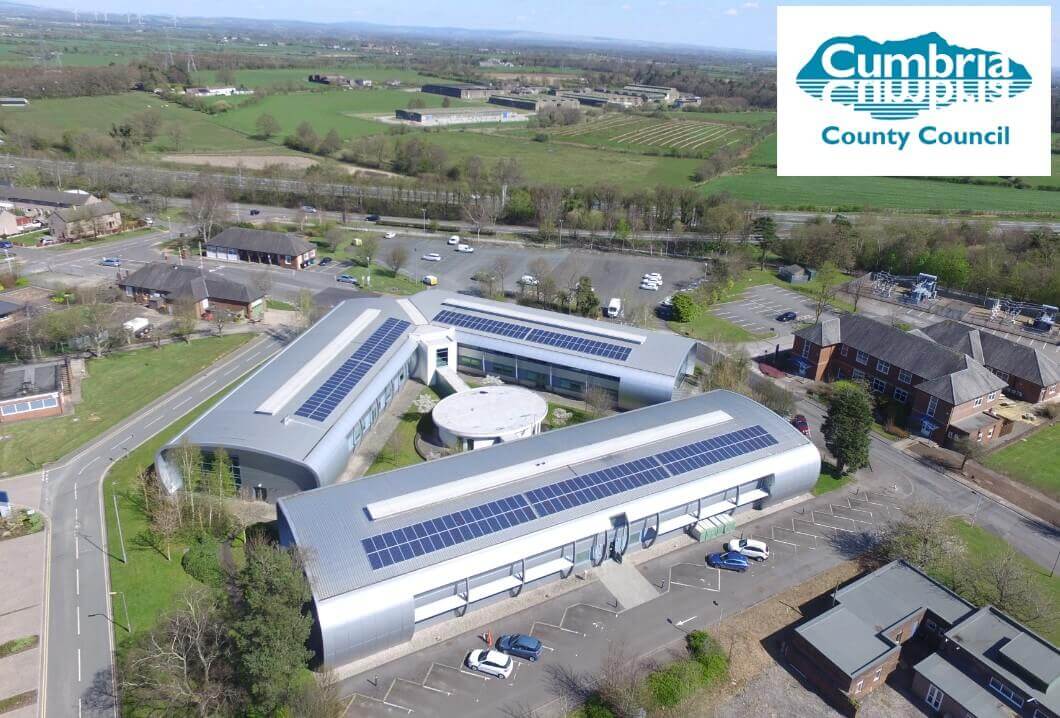 In April 2016, following a detailed tender bid, ARPower was awarded the contract to install solar on several of Cumbria County Council property’s.Both the tender and the projects were managed by Engineering Consultants Amec Foster Wheeler on behalf of the council. See each site explained below:

The first project was a 102-solar panel installation on the councils Inglewood Care home in Wigton. During the period of the installation the residents where moved into temporary accommodation whilst the building was re-roofed, and the new solar pv system was also installed. The 27kWp output system was split over five different roofs using 4 separate inverters; there was one flat roof and four pitched roof areas. Visual display is in the main reception area showing real time solar generation and Co2 savings. 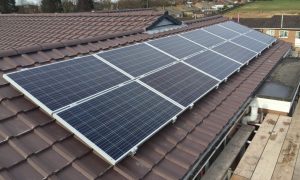 The second installation consisted of 265 solar panels on the councils Highway Depot in Lillyhall. The total system size was 33.92 kWp and the anticipated annual generation 27,271 kWh’s

The final and most technically challenging installation was on the Councils Main Offices, the Parkhouse Building in Carlisle. The offices consist of 3 domed roof buildings, shaped in a triangle. The larger of the 3 is leased out to Capita a separate tenant, which added to the complexity of the project and the ongoing liaison between both Capita and Cumbria Council. The total installed capacity was 76.16 kWp and consisted of 238 x 320w panels split over 3 separate roof areas, using four inverters. It is expected to generate 57,489 kWh’s per year, all of which will be consumed within the building. 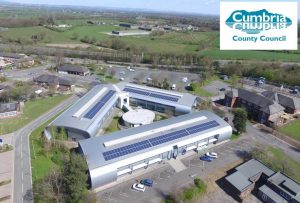