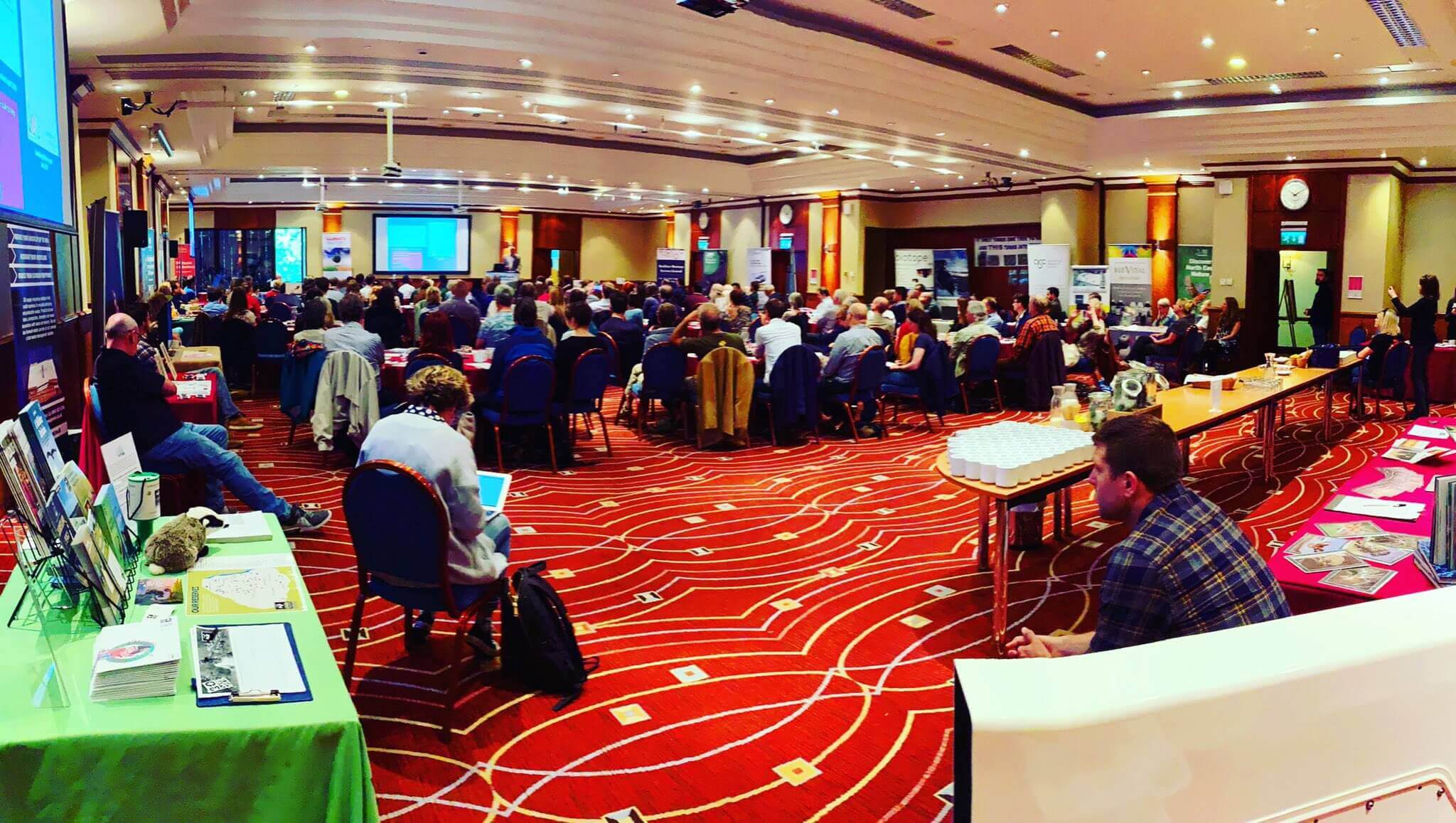 Adam is an architect with a passion for low-energy environment-friendly buildings. After working in Paris and Dublin.Adam returned to his native Newcastle in 2005 to join JDDK Ltd, a practice with a reputation for environmentally low-impact design, where he is now a Director.We welcome Adam’s marvellous write-up about Climate Action NE Rewilding conference where AR Power were a table sponsor.

Rewilding and climate change experts came together at a conference in Gateshead to mark this year’s World Environment Day.

World Environment Day on 5th June saw Climate Action North East host their annual conference, ‘Rewilding – A Solution for Climate Change?’ in Gateshead. They drew together a panel of experts from across the UK to share their experience of rewilding and climate change, two subjects that are inextricably linked. In the words of the organisers it was, “An opportunity to explore how rewilding can be considered a major key influence in tackling climate change, restoring ecosystems, and promoting the conservation of key species and biodiversity.”

Mike Pratt, Chief Executive of Northumberland Wildlife Trust and chairperson for the day set the tone for the event. He characterised the crash in biodiversity over his lifetime by describing what he’s NOT seeing these days, naming hares and swifts amongst other species in decline. We live in a society where eco-anxiety is recognised as a condition caused by our climate and ecological breakdown. But there is hope. Mike recognises the incredible shift in public attitudes to climate change over the last year, as well as the longer-term successes that the wildlife trusts have had with rewilding, species reintroduction and wetland restoration.

The morning’s sessions were led by key experts in rewilding. Alistair Driver, Director of Rewilding Britain, started with a blunt introduction. “Traditional conservation practices on their own are not enough to achieve significant wildlife recovery in Britain.”

He showed how the charity’s model for rewilding could work at a scale new to Britain while providing opportunities for communities to flourish. He wants Britain to become a world leader in natural climate solutions. I was most interested to see Alistair’s slides on ‘myth busting’. For example, a recent petition had overwhelming support from rural upland areas, countering claims that rewilding is only for city folk. Similarly, the substantial land take that they envisage (6 million hectares) is actually quite a small proportion of our land area, and any loss in the UK’s food production capacity could easily be offset by dealing seriously with food waste.

Isabella Tree and David Hetherington brought their more localised experiences of rewilding to the audience. Isabella talked in very personal terms about her hands-on rewilding of the Knepp Estate in Sussex. Previously a failing farm, Isabella and her husband Charlie Burrell decided to rewild the estate almost 20 years ago. Digging up field drains and ripping out fences they allowed ditches to silt up and trees to seed themselves. In time, they introduced ‘proxy’ species to replace the herbivores that would have grazed the UK after the last ice age. Longhorn cattle, Exemoor ponies and Tamworth pigs all fill specific niches in their rewilded habitat, and biodiversity has increased significantly with turtle doves and purple emperor butterflies making a comeback.

David Hetherington moved our attention to Scotland as he described his aspirations for ‘Treewilding’ in the Cairngorms. He is the Ecology Advisor at the National Park where they’re currently planting 1,000 hectares of native trees a year, which contributes to Scotland’s climate change commitments. David explained how the reintroduction of the Eurasian lynx could play a key role in this by helping keep deer numbers under control. He was honest about how the lynx debate has been polarised over the issue of sheep but expressed hope that we can learn from other European reintroduction projects. Finally, before lunch, James Fearnley spoke about his BeeArc apiceutical research centre where they’re studying the natural and medicinal properties of honey.

The afternoon’s session was kicked off by Chris Stokes, a glaciologist from Durham University. He has researched the patterns of sea level rise since the last ice age and noted that it can sometimes change rapidly. The climate change that we’re seeing now is far outside what we’ve observed before in geological records and we could see 60-80cm sea level rise this century. Even small sea level rises can have dramatic effects on coastlines. His biggest concern is the Greenland ice sheet which is retreating fast. Despite the dramatic changes that Chris has recorded, he is more hopeful that he’s ever been. Society is increasingly seeing climate change as a moral issue, but we do need to move fast to limit global heating to 1.5°C.

The next two speakers kept the audience firmly in the colder latitudes. Sacha Dench, also known as the Human Swan, recounted her epic paramotor journey with migrating Bewick swans from Siberia to the UK. A conservationist from the Wildfowl and Wetlands Trust in Slimbridge, she used the trip to highlight the plummeting numbers of swans. She engaged with communities along the flight path to understand the risks faced by these majestic birds, particularly due to hunters in Russia and a loss of wetland habitat along the way. Her story is inspiring and I would recommend you hear it for yourself with Sacha’s TEDx talk. No stranger to long journeys, she had even cycled to the conference from Devon, to minimise her carbon footprint!

Completing the line-up, Doug Allan is a freelance cameraman with a specialism in arctic photography who’s worked on the Blue Planet series. Through dozens of captivating images and film clips, he told his story of retreating ice and struggling predators. Despite global commitments to deal with climate change, projections show that we’ll have lost two thirds of our polar bears by 2050. His satellite maps showed how there is almost no multi-year ice left in the Arctic and it won’t be long before there are ice-free summers. Beneath the surface, the threat to krill stocks from ocean acidification is severe and will affect the whole food chain all the way up to the stunning beluga whales and narwhals that he has captured on film. Doug left us with a very clear message that now is the time to transform our economy. Nothing short of a Green New Deal will secure our future and failure is not an option.

Climate Action North East staged a remarkable set of speakers who talked with conviction about rewilding our future. Although the title of their conference raised a question, the day was all about answers. Drawing together an audience of 150 delegates from across the region, the impact that this fledgling community interest company is having can’t be ignored. Everything about the day had been thought through. The catering was meat free, there were no single-use plastics to be seen, and the carbon footprint of the whole event will be calculated and offset. It was a great way to mark World Environment Day, and I’m looking forward to next year!